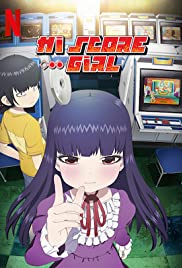 he funny and romantic misadventures of a couple of kids passionate about arcade games in 1991 Japan.