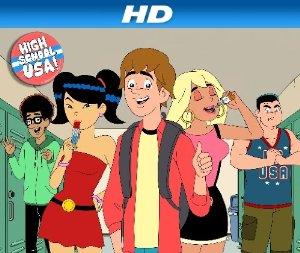 The misadventures of the super-positive students of High School USA, as they confront all the unique, and often gross, challenges of growing up in a modern world.