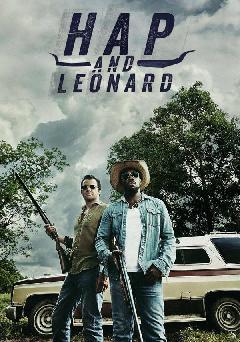 Set in the late 1980's Hap and Leonard is a darkly comic swamp noir of two best friends, one femme fatale, a crew of washed up revolutionaries, a pair of murderous psycho killers, some lost loot, and the fuzz.