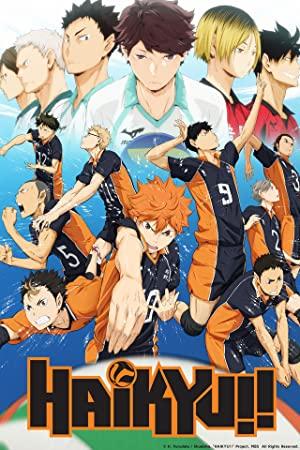 Determined to be like the volleyball championship's star player Shouyou, a short boy nicknamed "the small giant," joins his school's volleyball club.