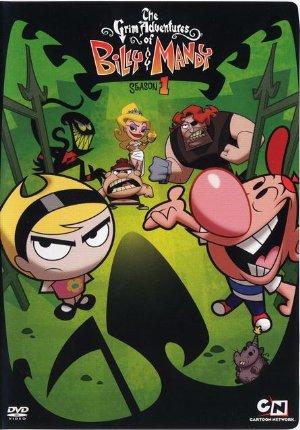 A show featuring the exploits of the Grim Reaper, forced into being the best friend of two children.

Forget the old saying that TV rots the brain: these kids' shows celebrate the power of invention and creativity, always wondrous, sometimes bordering on the hallucinatory.

Shows Like Grim Adventures of Billy & Mandy: When Your Best Friend isn't Human

Animated kids comedies, in which the species divide never gets in the way of mutual affection, great banter, and of course, daily, adventure; hey, it's better than no friends at all!

So it's Halloween and you're looking for something the kids can come down off their sugar high to, WITHOUT giving them nightmares until Christmas--why not try one of these classic series that provide just enough of a scare.