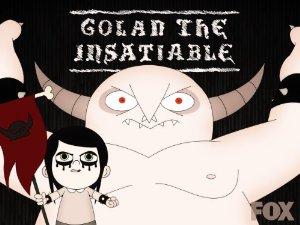 Golan is the dark lord of an alternate universe that comes to our world and is befriended by a little goth girl and her family. Buffoonery ensues as he deals with everyday life.

A narrow niche that includes some of the funniest cartoons ever made including Rick and Morty and Futurama.