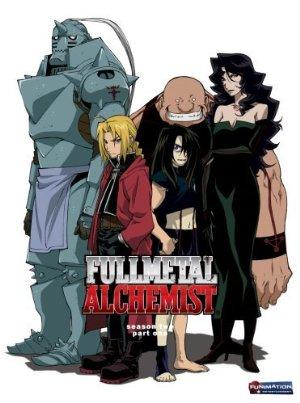 The Elric brothers' deciding to perform a forbidden human transmutation to bring their dead mother back, they end up losing their bodies. Now Edward must find the chemical privileges to restore their body back.

Elite warriors battle enemies including humanoids and robots in brutal wars stretching across centuries and universes.