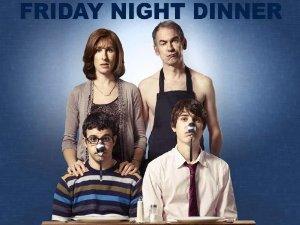 Shows Like Friday Night Dinner: Meet This Generation of Footlights

For those of you who don't know, the Footlights are Cambridge University's theater and comedy club; we've assembled a list of shows featuring the younger generation of Footlights (and their mates), as a good introduction to this generation of British comedy.