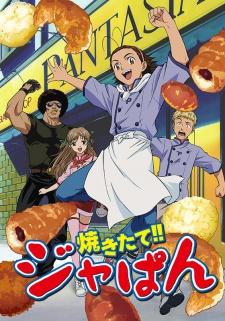 Azuma Kazuma isn't terribly clever, but he's got a good heart and great skill - at baking. Since childhood, he's been on a quest to create the perfect bread to represent Japan ...

A smorgasbord of the most popular and highest-rated food shows, including cooking competitions, food-based travelogues, and a few dramas centered on really good meals.