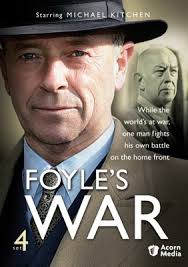 As WW2 rages around the world, DCS Foyle fights his own war on the home-front as he investigates crimes on the south coast of England. Later series sees the retired detective working as an MI5 agent operating in the aftermath of the war.

Shows Like Bomb Girls: Living with the World at War

World War dramas and documentaries focused less on combat, and more on how war transformed the lives of those involved: both soldiers, and those they left behind.