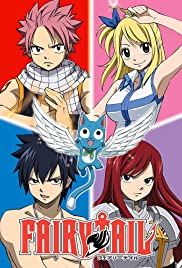 Lucy, an aspiring Celestial Wizard, becomes a friend and ally to powerful wizards Natsu, Grey, and Erza, who are part of the (in)famous wizard guild, Fairy Tail.