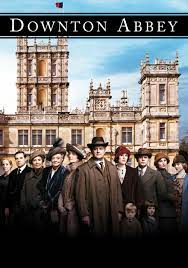 A chronicle of the lives of the British aristocratic Crawley family and their servants in the early 20th Century.