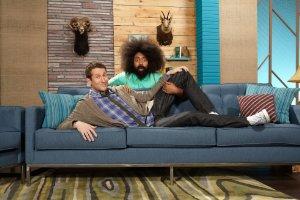 A talk show parody that features celebrity guests, comedy sketches and animation. Based on the podcast of the same name.