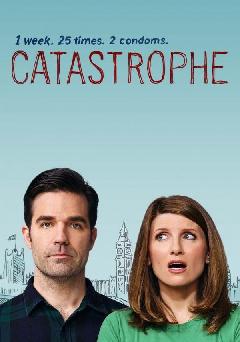 American boy Rob gets Irish girl Sharon pregnant while they hook up for a week while on a business trip to London.