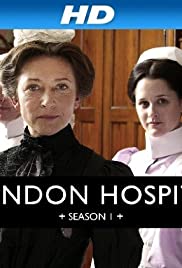 Uses case notes, ward diaries and memoirs from archives at the Royal London Hospital in Whitechapel, to bring real doctors, nurses and patients from a Edwardian London hospital back to life.

Shows like Nurse Jackie: Nursing you Back to Health Shows

According to Gallup, nurses are the most trusted professionals in the US (members of Congress are the least trusted); these series demonstrate why nurses deserve every last ounce of that respect.