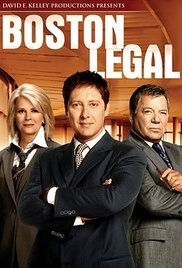 Boston Legal is a spin-off of the long-running Kelley series The Practice, following the exploits of former Practice character Alan Shore (James Spader) at the legal firm of Crane, Poole and Schmidt.

These comedies help to see the funny side of the law, which can be tough when you're stuck on jury duty for the second time, or relinquishing half of your possessions after a brutal divorce suit.

Their shoes are white and their suit costs more than your car, but these high-flying lawyers are entertaining to watch--especially when they go after each other in the courtroom.