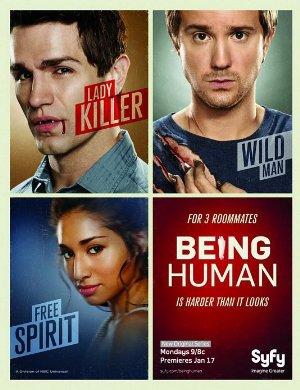 Three twenty-somethings share a house and try to live a normal life despite being a ghost, a werewolf, and a vampire.

Forget the Capulets and Montagues. In these series, the star-crossed lovers are vampires, werewolves, witches, and the occasional mortal.