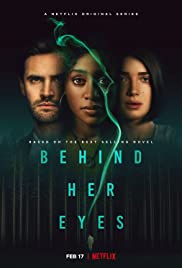 It follows Louise, a single mom with a son and a part-time job in a psychiatrist's office. She begins an affair with her boss and strikes up an unlikely friendship with his wife.

Big Little Lies, Little Fires Everywhere, and the Undoing all feature women from privileged backgrounds harboring dark secrets, with Nicole Kidman and Reese Witherspoon producing and acting in a few of these shows.