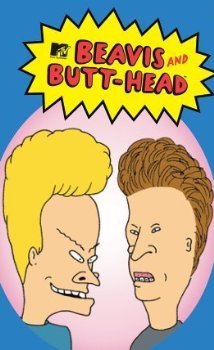 Animated MTV series about two teen aged heavy-metal music fans who occasionally do idiotic things because they are bored. For them, everything is "cool" or "sucks."

Animated shows produced by Comedy Central, so you know they're going to be politically correct, child friendly, and tastefully animated - WRONG!

Sit your bunghole down on the couch and check out these MTV produced animated series, following the trials of teenagehood in 2D; If 'The Greatest Party Story' ever told is anything to go by, the genre's coming back.