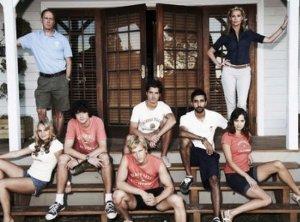 Three British students decided to spend their summer in an American summer camp and make a large impression on fellow camp workers and the campers.

Nobody has mastered the British teen show like E4, from dark sci-fi 'Misfits' to raunchy bromance 'The Inbetweeners'.