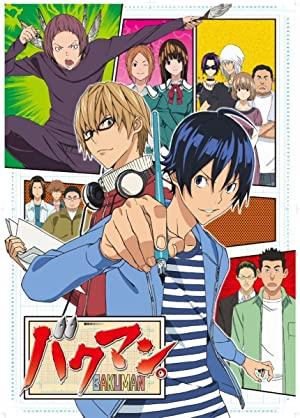 Moritaka Mashiro, a junior high school student, content to live out a relatively normal life as any other does, is persuaded by his classmate, Akito Takagi, to become an aspiring mangaka ...