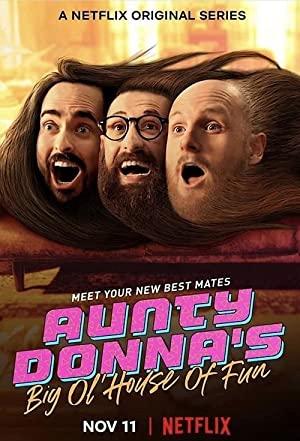 In their new sketch series, Aunty Donna's Big Ol' House of Fun take viewers along for an absurdist adventure through their everyday lives.