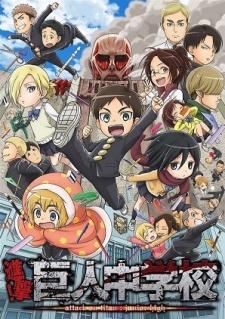 The story follows Eren Yeager and Mikasa Ackerman entering Titan Junior High, a school where humans and Titans study in the same area in coexistence.