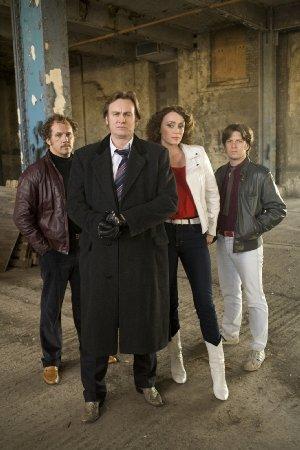 DCI Gene Hunt swaps the Ford Cortina for an Audi Quattro and joins the London Metropolitan Police to deal with the 'Southern Nancy' criminal scum.