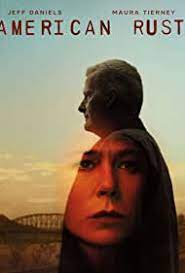 A complicated and compromised chief of police (Jeff Daniels) is forced to decide how far he's willing to go when the son of the woman he loves (Maura Tierney) is accused of murder. Succession: Billions as Mare of Easttown: American Rust. Showtime, you've got to up your game if you want to truly compete with HBO.