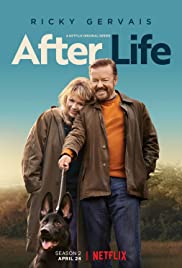 Ricky Gervais is a grieving widower who unleashes his scathing wit on anyone he deems a wanker. After Life is a tear jerker, more like Derek than The Office, and continually returns to theme of basic kindness.