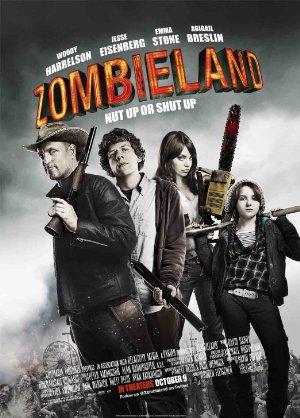 A shy student trying to reach his family in Ohio, a gun-toting tough guy trying to find the last Twinkie, and a pair of sisters trying to get to an amusement park join forces to travel across a zombie-filled America.

'Movies Like This is the End': Modern Apocalyptic Comedies

Some say comedy is a coping mechanism to deal with the inherent absurdity and emptiness of life; in that case, these jokers have the right idea when faced with the destruction of all they know and love.

Even in their scariest appearances, there has always been something amusing about zombies. Jerky, moany, constantly falling to pieces - they're the closest thing to slapstick the horror universe has. Therefore it makes sense that ever since 'Shaun of the Dead' the zomedy genre has exploded. Enjoy!