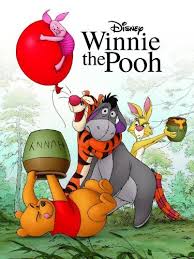 Eeyore has lost his tail, and Winnie the Pooh and his friends hold a contest to get him a new one.

Finding difficulty finding a film for your young 'un, and accidentally showing them semi-traumatic 'kids movies' like 'Coraline' or 'Watership Down'? Try these movies safe for even the youngest of tots.