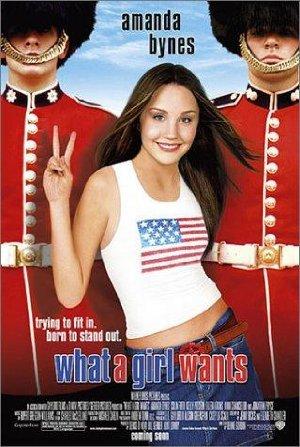 An American teenager learns that her father is a wealthy British politician running for office. Although she is eager to find him, she realizes it could cause a scandal and cost him the election.

The Little Rascals' 'He-Man-Woman-Haters' club would have their hands full with this collection of cheeky young women who love causing trouble just as much as their male counterparts. Make sure to check out 'St. Trinian's' (we're assuming you've seen Parent Trap).

Amanda Bynes: the one child star that didn't turn into a raving, twerking, drug fueled lunatic! Catch Amanda in some of her most enjoyable roles, including 'Sydney White' and 'She's the Man'!

Are you a teenage girl going through relationship issues, including but not limited to cheating boyfriends, overprotective parents, and love triangles (and not the equilateral kind either)? These movies understand. Hush now. Stop crying and texting at the same time.