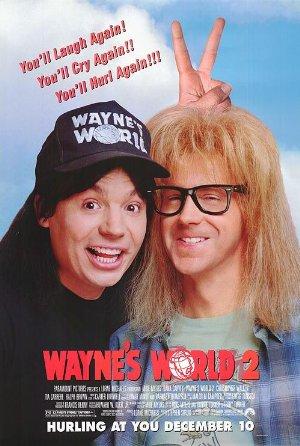 The inseparable duo try to organize a rock concert while Wayne must fend off a record producer who has an eye for his girlfriend.

While his life may have turned out tragically, watching Farley on-screen one cannot help but be immersed in his larger-than-life personality and relentless goofy charm. One of Saturday Night Live's greatest alumni and a sorely missed comedic talent.