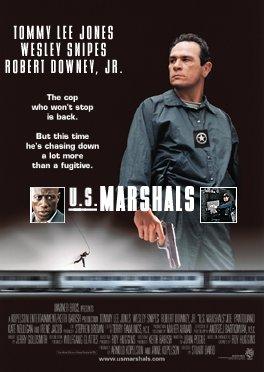 US Marshal Samuel Gerard (Jones) and his team of Marshals are assigned to track down Sheridan (Snipes), a murderer and robber.