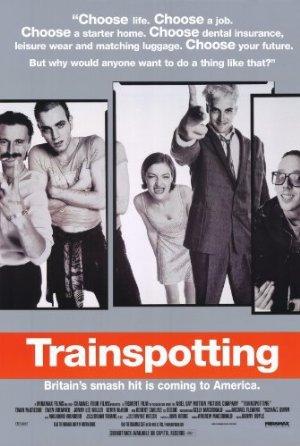 Renton, deeply immersed in the Edinburgh drug scene, tries to clean up and get out, despite the allure of the drugs and influence of friends.

'Movies Like Fear and Loathing in Las Vegas': Insane Druggies

Movies in the vein of 'Trainspotting' or 'Fear and Loathing in Las Vegas': See life’s highs and lows through the eyes of cinema's zaniest users. Whether it makes you feel like picking up or putting down, you're in for a crazy ride!

The twisted mind who brought you Trainspotting has plenty more surreal, working-class, Scottish insanity to offer.

The 12 best films from over the decades dealing with the thorny issue of substance-abuse. Watch Matt Dillon as a desperate heroin addict, forced into crime to support his habit, as well as seminal work 'The Lost Weekend' - the first Hollywood picture to openly address the disease of alcoholism.

These movies reveal the depths heroin addicts' disease can take them to, along with the options for recovery open to them.