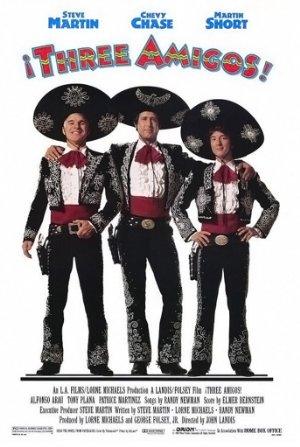 Three actors accept an invitation to a Mexican village to perform their onscreen bandit fighter roles, unaware that it is the real thing.

Complete works of the actor who has had white hair essentially since he was born. If you're from a later generation make sure you check out his comedy classics 'The Jerk' and 'Bowfinger'.

To make up for the fact John Wayne never smiled once during his entire acting career, these films lampoon America's famous genre in the silliest ways possible. So much more than just 'Blazing Saddles'!