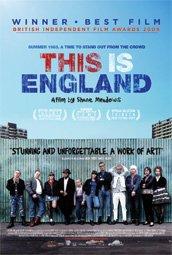 A young boy becomes friends with a gang of skinheads. Friends soon become like family, and relationships will be pushed to the very limit.

A collection of gritty dramas focused on the 'skinhead' phenomenon: some decry racism, other explore the musical context, and some are simply challenging coming-of-age flicks. But all delve inside the heads of those who decided to shave theirs!