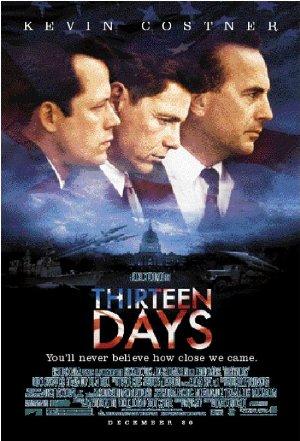 The fight to contain the Cuban Missile Crisis in 1962.

'The Way the World Works': Movies Behind Closed Doors

A group of movies set in conference rooms, featuring a bunch of powerful men making important decisions that the rest of us have to live with - the patriarchy has never been so dramatic!

The United States and the Soviet Union narrowly averted nuclear war over two weeks in October 1962 and these documentaries and dramatizations detail how we avoided armageddon.