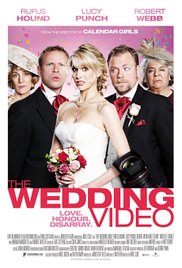 A newly married couple's best man decides to capture their wedding on video and present them with it as a gift.