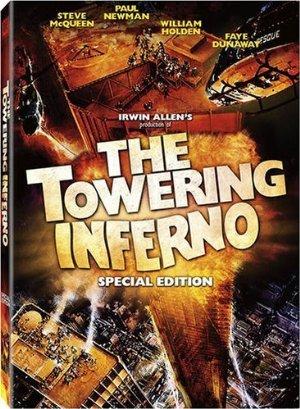 At the opening party of a colossal, but poorly constructed, office building, a massive fire breaks out that threatens to destroy the tower and everyone in it.

Isn't it crazy how much more popular firefighters are than cops? Well, for one, it's hard to be a crooked fireman. Enjoy this collection of films that unambiguously celebrate the sacrifices of these slightly scorched heroes!

Packed with martial arts masters, hard-edge cops, and twitchy gunslingers - this list of 70s action greats is not for no-good long-hairs hippy freaks! Make sure to check out 'The Outlaw Josey Wales' for one of the greatest Spaghetti Westerns Eastwood ever produced, as well as 'The Warriors' for a cult favorite!

At this point, disaster movies are such an established trope that the Wayans brothers took a pop at them in 'Disaster Movie' (shudder); check out the genre from when it was still fresh in the 1970s, and the Wayans brothers were mere glints in their father's eye.