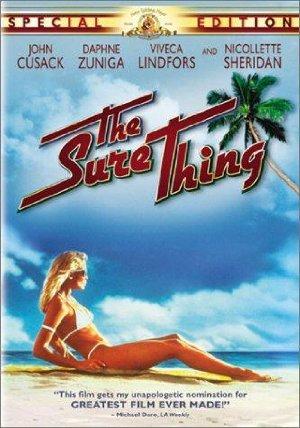 A college student plans a cross-country trip to get laid, but ends up traveling with a young woman. They hate each other, so naturally...