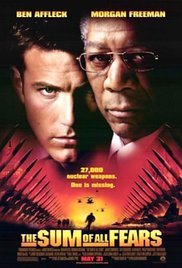 CIA analyst Jack Ryan must thwart the plans of a terrorist faction that threatens to induce a catastrophic conflict between the United States and Russia's newly elected president by detonating a nuclear weapon at a football game in Baltimore.