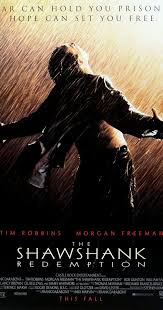 Spending years together in captivity, two men find peace and redemption through acts of virtue.