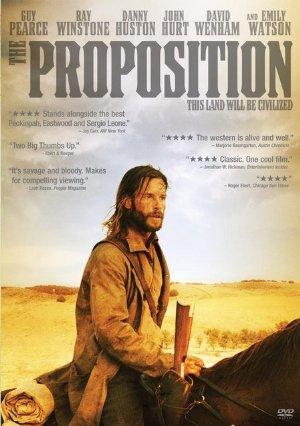 A lawman apprehends a notorious outlaw and gives him nine days to kill his older brother, or else they'll execute his younger brother.

If you thought the wild west was about cheap whiskey, thrilling gold hunts, and saloon shoot-outs, think again. These Cowboys are more concerned with a haunting sense of emptiness than renegade Indians.

Contemporary westerns set in the outback of Australia, including the appropriately named 'Australia' and 'The Proposition' (starring a dusty Thor without his hammer). That's not a cowboy, now THIS is a COWBOY!