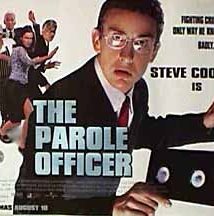 A failed parole officer framed for murder must enlist the help of his former clients to clear his name.