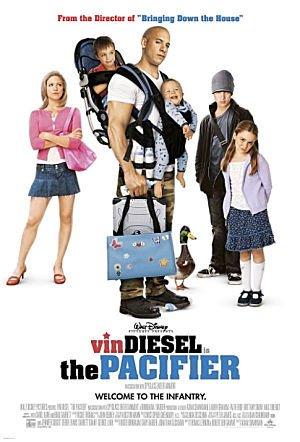 Disgraced Navy SEAL Shane Wolfe is handed a new assignment: Protect the five Plummer kids from enemies of their recently deceased father -- a government scientist whose top-secret experiment remains in the kids' house.

If the CIA ever runs out of adult applicants these movies will provide a clear roadmap to deploying pre-pubescent labor in the world of espionage.

'Movies like Life as We Know It': 'Stuck With a Kid' Comedies

Watch the likes of Arnold Schwarzenegger, Dwayne Johnson, and Vin Diesel find themselves in situations where muscles won't help, e.g. taking care of a 9 year old ballerina, changing a baby's diaper, and trying to find the last action man on sale!