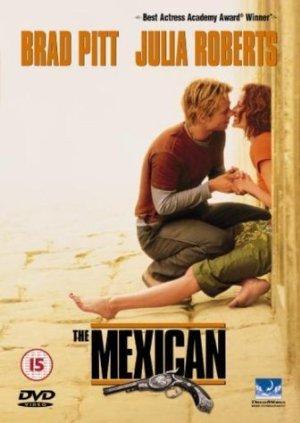 A man tries to transport an ancient gun called The Mexican, believed to carry a curse, back across the border, while his girlfriend pressures him to give up his criminal ways.