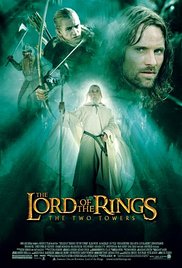 While Frodo and Sam edge closer to Mordor with the help of the shifty Gollum, the divided fellowship makes a stand against Sauron's new ally, Saruman, and his hordes of Isengard.

The man with the kindest face in Hollywood. We literally can't imagine a better Samwise - our only question, has he ever done a road-trip with Elijah Wood to a famous volcano? We can only hope.