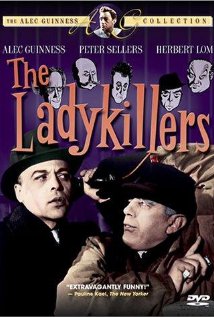 Five diverse oddball criminal types planning a bank robbery rent rooms on a cul-de-sac from an octogenarian widow under the pretext that they are classical musicians.

The comedies on this list are from the 50s, 60s, and 70s - all united by Hollywood's decision to remake them at some point; our reasoning is straight Darwin: only the fittest have survived.

Probably best remembered as Inspector Clouseau in the 'Pink Panther' series, Peter Sellers was a comedic powerhouse in the 60s and 70s playing a wide array of different characters.

Watch hapless law-breakers devise their own well-deserved punishments in classics such as 'The Ladykillers', and 'Raising Arizona'. They say crime doesn't pay. Well, certainly not if you have an IQ lower than your age!