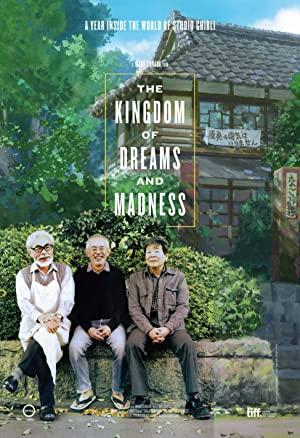 The Kingdom of Dreams and Madness (2013)

The Kingdom of Dreams and Madness (2013)

The Kingdom of Dreams and Madness is a 2013 Japanese documentary film directed by Mami Sunada. The film follows the routines of those employed at Studio Ghibli, including filmmakers Hayao Miyazaki, Isao Takahata, and Toshio Suzuki as they work to release two films simultaneously, The Wind Rises and The Tale of the Princess Kaguya.

Documentaries about Cartoons and Comics

From Walt Disney and Pixar, through underground comix, anime and on to the superheroes of DC and Marvel, these documentaries explore the history and creators of animated art.

Movies about making movies and TV shows may be a bit meta for some viewers, but are perfect for film buffs who want to know how obsessive directors made classic films like Heart of Darkness or series like The Mandalorian.

At the Movies: Documentaries for Film Buffs