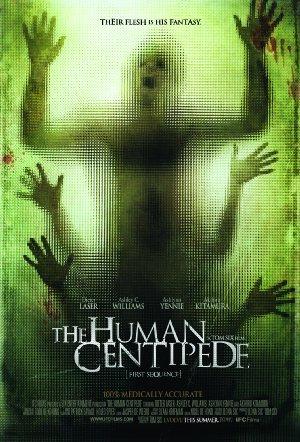 A mad scientist kidnaps and mutilates a trio of tourists in order to reassemble them into a human centipede, created by stitching their mouths to each others' rectums.