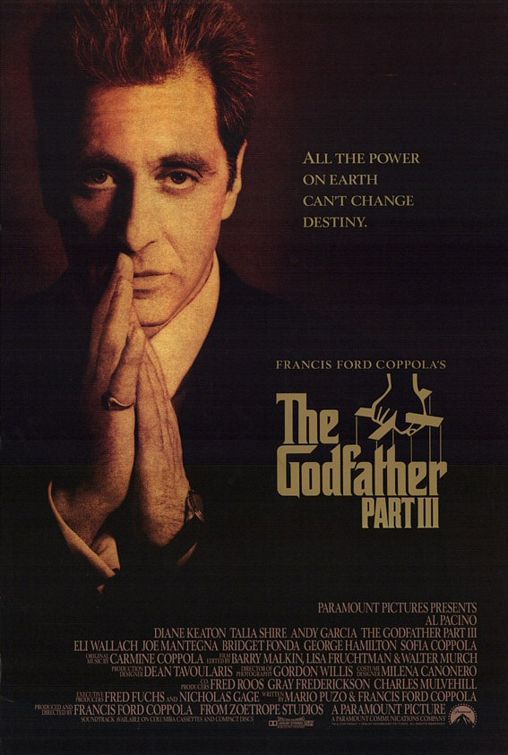 The boards from The Godfather Part III used more of an animatic format; a narrator described the filmed action, and some others acted out the parts during this piece. It's an interesting ...