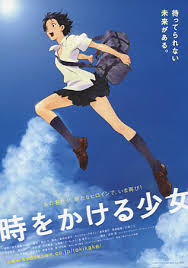 A teenage girl finds that she has the ability to leap through time. With her newfound power, she tries to use it to her advantage, but soon finds that tampering with time can lead to some rather discomforting results.

'Anime Like Whisper of the Heart': Best Slice of Life Anime

Unfamiliar with the 'slice of life' anime genre? Well, picture the day to day life of teenagers chronicled in stunning animation. Make sure to check out 'Whisper of the Heart' for a particularly poignant example!